Welcome to THE RANCH! 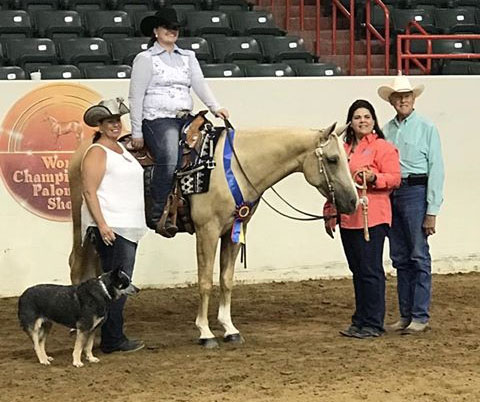 Judge Karla Kegley has been involved in the equine Industry since owning her first pony at the age of 7. She showed in 4H and FFA throughout her grade school and high school years. She has never outgrown her passion for horses and showing.

In 2004 she acquired her first judges card with the Wisconsin State Horse Council and went on to be named Judge of the Year for that association in 2009. She quickly realized that judging would be a passion for her and not just a stepping stone to help with her business. She acquired three more judges cards: A Pony of the Americas card, WI-4H and Wisconsin Interscholastic Horsemanship Association card. She has also guest judged for the Wisconsin chapter of ApHC.

In 2005 with the help of her husband Kevin Kegley she grew her part time business into her own full time training and lesson program, now named Kegley Performance Horses. Karla’s show teams compete on the open show and National levels. Producing many World champions, national title winners, and open show high point winners. Karla has been involved in many youth organizations and helped dozens of kids find their way into the show arena and winners circles. Karla is very involved in the Palomino Horse Breeders Association and is the Vice president for the Wisconsin Chapter.

In 2019 Karla was awarded the prestigious award of Horse Person of the Year for the WI Horse Council.

Kegley Performance Horses is located in Franksville, WI where we proudly stand our AQHA,PHBA,and FQHA Stallion Im Skipa Gold Buddy. Buddy is a proven producer of world champions and color. Other services they offer include boarding, training, lessons, sales and judging.

You can learn more about Kegley Performance Horses by visiting her website www.kegleyperformancehorses.com.

Check out the West 20 webstore>

Coming to a West 20 show? Check out SPECIAL DEALS on local lodging

Who remembers their folks telling them "You better

@scottyndean had so much fun with customers Robert

Spring Break is coming soon!! Snag one of our uniq

There's a hint of spring in the air today!! Get ou